Akala: Bringing Hip Hop Back To Its Roots!

I recently read an article entitled “It’s a hip-hop planet”  by Akala, an award-winning Hip Hop artist and the creator of the Hip Hop Shakespeare Company from England. In this article, Akala discusses the global impact and importance of hip hop music and culture explaining how Hip Hop serves as “a news network of the downtrodden, oppressed and the socially conscious across the globe.” This article was so well wrtiten and spot on in its analysis of the meaning and significance of Hip Hop that I had to find out who wrote this compelling piece. I saw the profile picture of the author, sporting a matter of fact no nonsense expression in his profile picture and a powerful Afro that expressed very similar sentiments.

Upon further investigation, a click on his profile picture, I was forwarded to another page with  link to the Akala’s own website akalamusic.com. I quickly shuttled to this page and saw a YouTube video posted there entitled “Akala – Fire In The Booth” and naturally my curoisity led me to click play. I apprehensively waited to hear this Hip Hop generation writer and educator get busy on the microphone, hoping that I was not going to hear a mediocre rap that would lessen the esteem Akala had garnished from the article I had read just moments earlier. As I listened, I was blown away with the nearly nine minute lyrical and politically charged rap. Only 45 seconds into the rap, I was convinced that I was going to watch for the entire nine minutes of the video. I was not disappointed in the least! On this one track, Akala spoke on issues like discrimination, self-hatred, for-profit prisons, lynching, Marcus Garvey, African history, false patriotism, consumerism, racism, education and the list goes on. These subjects, which are so often dodged by mainstream Hip Hop artist and the media, were championed by MCs of the “golden era of Hip Hop.” Akala has definitely not forgotten about the roots of Hip Hop and he has proved he is here to drop Hip Hop’s most potent formula on a world desperate for change.

Akala – Fire In The Booth Video

In the vocal booth and on the written page, Akala tackles “race, politics, self-deception and social conditioning.” Akala’s official bio clearly states that the goal of his art is “breaking down the culture of cliché and stereotype that smothers the genre he loves…” Not to mention, Akala is no rookie in the Hip Hop world. This brother has been turning out singles since the early years of the new millennium and he has released his third album, Double Think, this past year. Below is Akala’s Fire In The Booth version with the lyrics, in case you wanted to get every single jewel he dropped. It is clear that Akala is going laying down the foundation to become a legendary name in Hip Hop, not only due to his lyrical ability but for his commitment to uplift the consciousness and social condition of oppressed people and youth worldwide. It definitely is a Hip Hop planet and Akala is definitely what this planet needs right now! 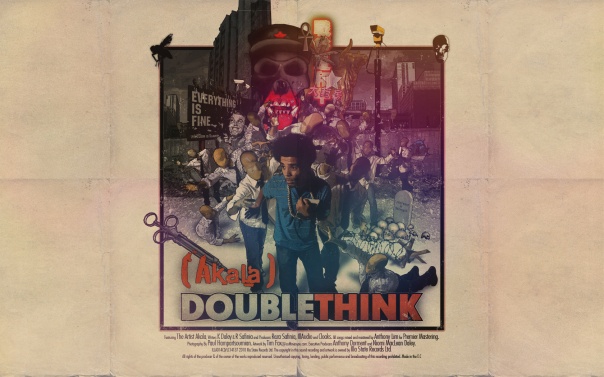 One thought on “Akala: Bringing Hip Hop Back To Its Roots!”