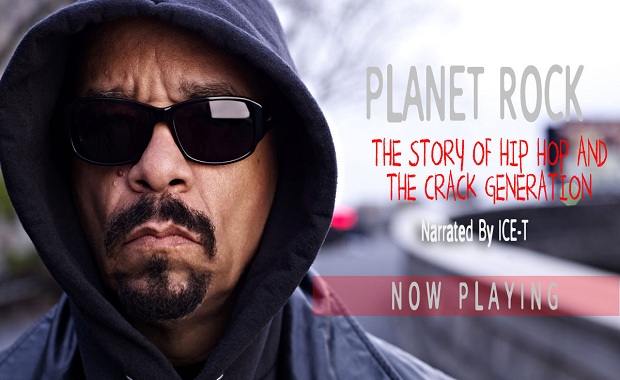 This week I watched the new documentary film, “The House I Live In” by Eugene Jarecki, that highlights the impact that the War on Drugs has had on economically marginalized communities. Although I was thoroughly impressed with the film, it is not the only documentary out there that has dealt with this issue. The documentary “Planet Rock: The Story of Hip Hop and The Crack Generation” by Ice-T is another powerful film that has also examined this topic.

The New Jim Crow, a term coined by legal scholar Michelle Alexander, describes the oppressive segregation that has resulted from the war on drugs, mandatory minimum sentences and the continued criminalization of African-American communities. This film features Hip Hop legends such as Chuck D, Rakim, Raekwon, RZA, Pepa, Snoop Lion (aka Snoop Dogg), Too Short, B-Real and others. A number of leading scholars contribute to the film such as, Michelle Alexander, Todd Boyd, Paul Butler, Nelson George and more. There is also powerful commentary from two former drug dealers, “Freeway” Rick Ross and Azie Faison along with stories from individuals, who experienced crack cocaine addiction themselves. Planet Rock weaves all of these stories together through the lens of Hip Hop, the urban American phenomenon that emerged in the South Bronx in the 1970s. 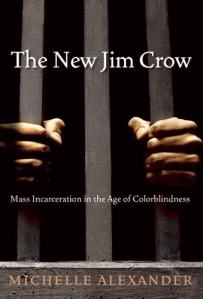 The film highlights how Hip Hop has responded to the War on Drugs and the introduction of crack cocaine into our communities. The film discusses the Hip Hop community pre-crack cocaine, the influence of the film “Scarface“, the efforts of Hip Hop to combat crack addiction and economic realities that pushed many into the drug trade. This film definitely tells a sobering and nuanced story that will help us all realize the tremendous devastation that crack and the war on drugs have had on our community. We need to continue to raise awareness and encourage action to combat the New Jim Crow, the most pressing civil rights issue in our nation today. Let’s share, comment, connect and keep building!

The House I Live In —> New Documentary by @DrugWarMovie

Tattooed Teardrops: The Tragedy of The Tattoo Fad in Hip-Hop 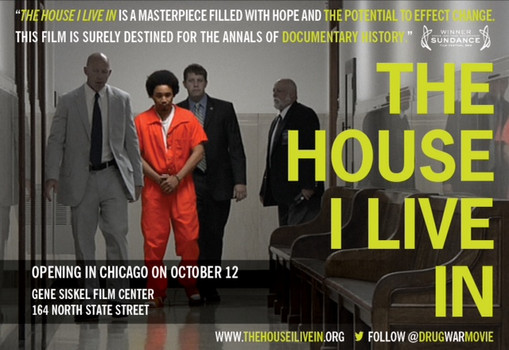 Tonight I had the fortune of watching a documentary about one of, if not the most, significant issue facing our society here in this “Land of the Free”. The title of the documentary I am referring to is “The House I Live In” by Eugene Jarecki which based solely upon the cast and executive producers makes it a most see for every citizen of this nation and any concerned world citizen. The films executive producers are Danny Glover, John Legend and Russel Simmons, none of whom are featured in the film. The documentary includes candid contributions by many people most notably, Michelle Alexander,  William Julius Wilson, Charles Ogletree, and David Simon to name a few. The film also covers the story of many people within the periphery of our society, individuals actively involved in the drug trade, those who have been victimized by the War on Drugs and mass incarceration and those fighting against the War on Drugs, many of whom are behind the shield, gavel or prison walls and know first hand the cruel and unjust human cost that this war is inflicting upon the masses from historically oppressed communities.

It needs not be a secret or an obscure reality that the War on Drugs, most recognizably instituted and enacted by the Nixon and Reagan administrations, has resulted in both a de facto (matter of fact) and a de jure (law based) system of racial and class oppression that is destroying the fabric of urban and rural America.

This film outlines the political, social/cultural, racist, classist and economic histories of the War on Drugs in great detail, providing viewers with a deeper understanding of the realities on the ground in our society. This film sheds light on why we as a society are so blindly complicit with millions of humans being systematically oppressed by the legal machinery that has effectively instituted a New Jim Crow in this third the beginning of the millennium of the Common Era.

For all lovers of justice, humanity, peace and good conscious, this is a must see film. The scholars in this film are top notch and the narratives of those beyond the margins and enforcing the margins are tremendously honest and shockingly vivid. If after watching this film, you are not better informed and motivated to take action no matter how seemingly infinitesimal, than you are existing a life on the wrong side of truth and history.

I am encouraging everyone to see this film, disseminate its message and take interest and action to rectify this inexcusable and intolerable injustice. Lastly, I would ask that you move forward in life with a greater sense of purpose and passion for ending mandatory minimum sentences for non-violent drug offenders and the criminalization of economically disadvantaged communities. As one of the documentary’s contributors eloquently stated, “you don’t treat pneumonia by treating the cough,” but you treat the actual inflammation of the lungs, which is causing the coughing. I have also heard it explained that throwing police and prison at the drug problem in the United States is akin to throwing ambulances at cancer. This is in effect what has been going on in the United States since the 1970s and the resulting crisis in African American, Latino and rural communities has been no less problematic than cancer and arguably worse. The solutions to the United States’ drug problem do not lie in the criminal justice system as we currently know it but rather lies in abolishing and amending current legal codes related to the sale of narcotics. The cure also lies in truly recognizing the humanity of marginalized communities and individuals by creating dynamic educational programs that empower members of these communities to know the historical narratives at play in their lives and realities and provide them with tangible access to livable and gainful employment. I do not have all of the answers but I am willing to think on possible solutions, share my ideas, dialogue and connect with others committed to this “the most pressing civil rights issues” of our time.

Below is a trailer for the film and a link to its website that has information about where the film is begin shown. I want to thank the creators and cast members of this film for there service and for raising awareness regarding the War on Drugs and mass incarceration. I am a fan of the Maya Angelou quote that, “when you know better, you do better.” I trust that this film will result in us all collectively DOING better.

Law and Disorder in Philadelphia

Juneteenth Presentation at Clarion University – “and Justice For All”

Tattooed Teardrops: The Tragedy of The Tattoo Fad in Hip-Hop